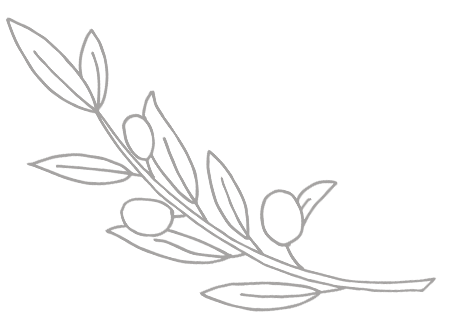 Our recent trip to a little piece of paradise

My lovely husband David, surprised me for my birthday last week with a couple of days away in the Tramontana Mountains of Mallorca – we stayed at the stunningly beautiful @can_beneit, near Caimari in the north of the island.

As soon as we arrived, I knew I was going to absolutely love it there. It was oh so peaceful – the only sounds we could hear were birdsong, sheep bleating and the breeze rippling through the leaves of the olive and fruit trees surrounding the ancient stone house.

As well as a Rural Hotel, the Finca is still a working olive estate, and each year the original steam-driven olive press is fired up to press the olives from the 200 acre Estate. Owner, Toni Duran, who gave us a guided tour, explained that the family (who originally came from Soller) pick their olives slightly later in the season than most other estates.  Waiting until the olives are mostly black, gives the finished oil a more velvety smoothness. The entire harvest takes approximately 10 days, and produces around 600 litres of oil – not enough to sell, but enough to supply their @mirabona_restaurant. Being the daughter of a farmer, this kind of information totally geeks me out!

As well as olives, there are various fruit trees including orange, lemon and fig – Toni told us we were welcome to pick and eat any ripe fruit. The raised-bed vegetable garden supplies the restaurant too – at the time we visited there were melons, aubergines, Mallorcan peppers, cherry tomatoes, pink tomatoes and the healthiest, most abundant looking Basil I have ever seen in my life!

We’d gone there intending to find somewhere in the nearby villages to eat, but as soon as we’d parked the car, we just knew that we wouldn’t be leaving this little piece of paradise until we checked out! So we ate some of the tastiest, freshest food in the hotel restaurant, which also had a fantastic selection of local Mallorcan wines. I even received a “birthday” gato (Mallorcan almond cake) with a candle on it for my birthday! The staff were so kind and attentive – nothing was too much trouble.

We really had the most tranquil couple of days – we walked along country lanes, cycled into Caimari on the hotels’ eBikes and had a fabulous Pindas massage at the spa. We were so sad when the time came to leave. Even the weather conspired to keep us there – a storm began, just as we were about to leave – meaning we had to stay a little bit longer enjoying a coffee in the cosy dining room, watching as the neighbouring hills disappeared into the dark storm clouds.

We left with heavy hearts that day, but one thing is certain, we will definitely be visiting Finca Ca’n BeneÏt again sometime in the future.

My recent projects, musings and more from a small island and beyond . . .

I grew up on a mixed-arable farm near the village

As yet another season officially draws to a close

One of my favourite tastes of Autumn has to be the

Walk down any of the myriad of country lanes here